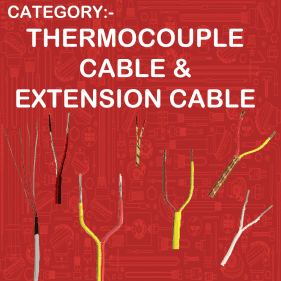 There are many types of insulation used in extension or compensating cable all with varying degrees of thermal resistance and tensile strength. When selecting an extension cable a few factors must be taken into account.